Event will take place throughout Arizona from 10 am-2 pm on Saturday, September 26th 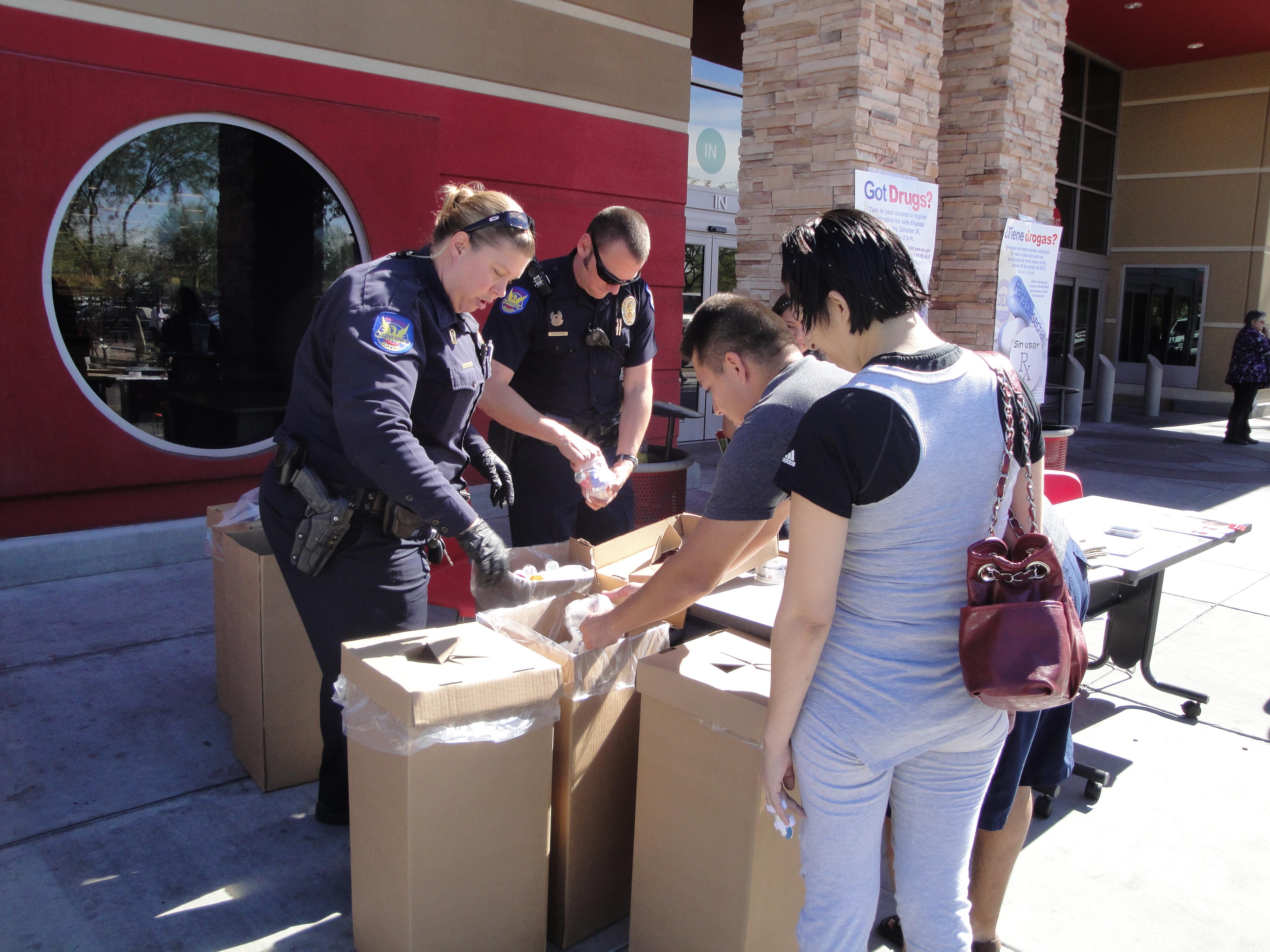 Citizens delivering their controlled substances to a local collection site. PHOENIX - DEA Acting Administrator Chuck Rosenberg today announced that the 10th National Prescription Drug Take-Back will take place September 26th from 10 am-2 pm local time.  As with the previous nine Take-Back events, sites will be set up throughout communities nationwide so local residents can return their unwanted, unneeded, or expired prescription drugs for safe disposal.

Collection sites throughout Arizona can be found beginning September 1st  by going to www.dea.gov .  This site will be continuously updated with new take-back locations.

“Without question, prescription drug abuse is a major issue for every Arizonan,” said DEA Phoenix Special Agent in Charge Doug Coleman. “DEA’s National Prescription Drug Take Back event is a way for every citizen to help prevent drug abuse from beginning in their own homes and from within their own families.”

The National Prescription Drug Take-Back addresses a vital public safety and public health issue. Many Americans are not aware that medicines that languish in home cabinets are highly susceptible to diversion, misuse, and abuse. Rates of prescription drug abuse in the U.S. are at alarming rates, as are the number of accidental poisonings and overdoses due to these drugs.

Studies show that many abused prescription drugs are obtained from family and friends, including from the home medicine cabinet. In addition, many Americans do not know how to properly dispose of their unused medicine, often flushing them down the toilet or throwing them away - both potential safety and health hazards.
In the previous nine Take-Back events nationwide from 2010-2014, 4,823,251 pounds, or 2,411 tons of drugs were collected.   In Arizona alone, over 79,800 pounds, or nearly 40 tons were collected.