The Drug Enforcement Administration (DEA) is charged with the enforcement of the Controlled Substances Act as well as investigation of the highest level of domestic and international narcotics traffickers. Established in 1973, this anti-drug agency combined the Bureau of Narcotics and Dangerous Drugs (BNDD) and Customs’ drug agents to provide exclusive enforcement of federal drug laws. With the direct cooperation of our state and local partners, the creation of the Task Force Program is one of the most productive ways that DEA enforces these laws.

HISTORY OF THE PROGRAM

This cooperative effort between the DEA and local law enforcement agencies actually began in 1970, before the establishment of the DEA, with a pilot task force created in New York City by the former BNDD. The first task force was comprised of investigators from major state and local regional agencies, primarily the New York City Police Department and the New York State, along with BNDD personnel. Due to the complexity of drug problems in the region and the varied levels of drug trafficking, the New York City metropolitan area was ideal for federal, state, and local initiatives.

The success of the New York Task Force provided the impetus for a combined creation of DEA’s State and Local Task Force Program. As an inducement to participate, DEA began to pay investigative overtime for the state and local task force officers, as well as investigative expenses such as payments to informants, “buy money” to purchase contraband, undercover vehicles, and surveillance equipment. When State and Local Task Force funding was not available for new task forces. DEA Headquarters gave approval to establish an “informal” task force using existing divisional funds. Since these ad hoc task forces operated informally, no system existed to track their progress or to include them in DEA’s budget planning. Therefore, the Provisional Task Force Program was created as a way to plan ahead, using limited funding prudently.

The DEA State and Local Task Force Program provides a federal presence in sparsely populated areas where the DEA would not otherwise be represented. Combining federal leverage and the specialists available to the DEA with state and local officers’ investigative talents and detailed knowledge of their jurisdiction leads to highly effective drug law enforcement investigations. 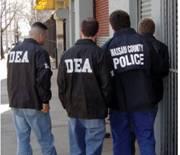