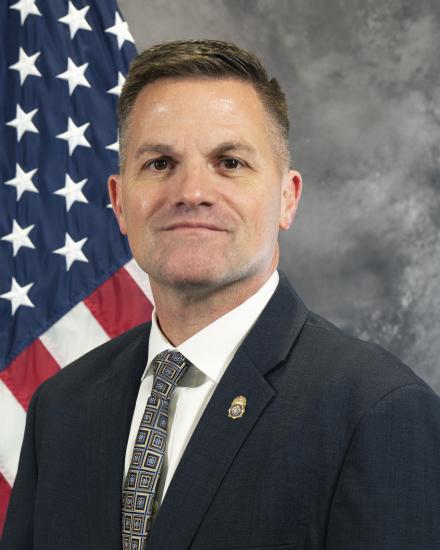 On November 18, 2021, Thomas Hodnett was appointed as the Special Agent in Charge (SAC) of the Drug Enforcement Administration’s (DEA) Philadelphia Field Division by Administrator Anne Milgram.

Hodnett, who joined the DEA in 1997 in New York City, was assigned to the Philadelphia Field Division after his graduation from basic agent training and served as a Special Agent from 1997 to 2006.  Hodnett conducted numerous complex conspiracy investigation and was the affiant on numerous wiretap investigations.  Hodnett also served as a member of the Division’s clandestine laboratory enforcement team and served as the program coordinator, where he was responsible for coordinating the Division’s response and safe disposal of all synthetic drug laboratories across Pennsylvania and Delaware.  In that capacity, Hodnett was also responsible for coordinating the training and certification of DEA personnel and state and local law enforcement officers to work safely in high hazard chemical environments.

In 2006, Hodnett was promoted to Supervisory Special Agent at the Philadelphia Field Division, where he managed a task force group consisting of DEA Special Agents and Philadelphia Police Department Officers.  In 2012, Hodnett was assigned to be an Inspector in DEA’s Office of Professional Responsibility (OPR) in Newark, New Jersey, where he investigated credible allegations of misconduct against DEA core personnel, task force officers, and contractors.

In 2014, Hodnett was promoted to Senior Inspector of the OPR office in Newark, where he oversaw a team of Inspectors and served as the chief liaison to the Department of Justice’s Office of the Inspector General and other federal, state, and local law enforcement internal affairs bureaus.  In 2018, Hodnett returned to the Philadelphia Field Division as an Assistant Special Agent in Charge where he oversaw the DEA’s operations in Allentown, Harrisburg, and Scranton as well as the Division’s financial operations group.